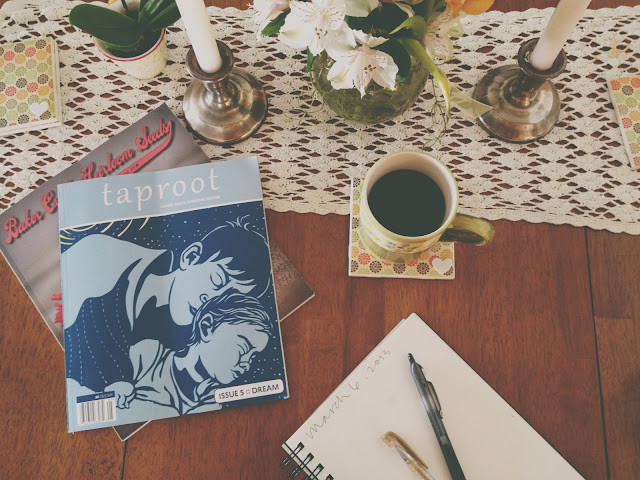 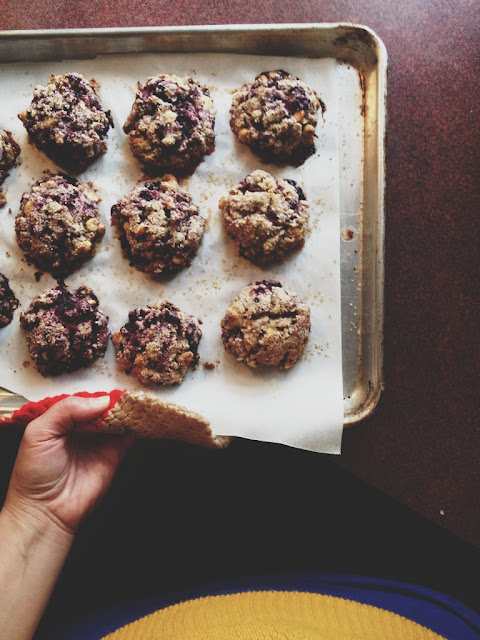 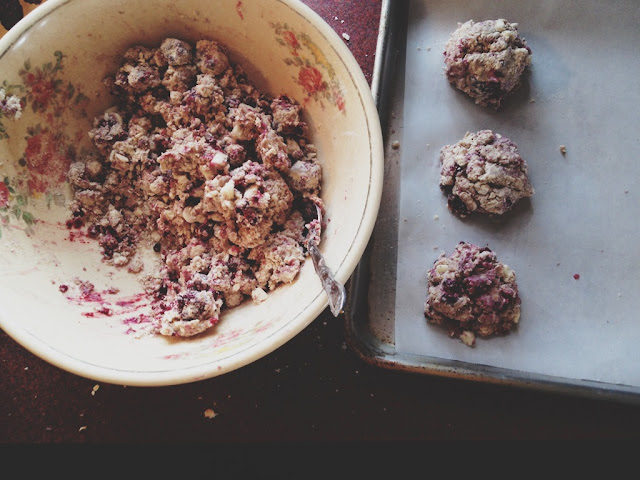 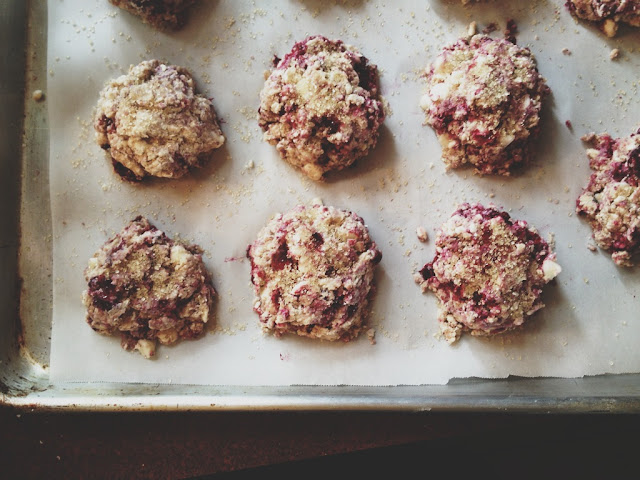 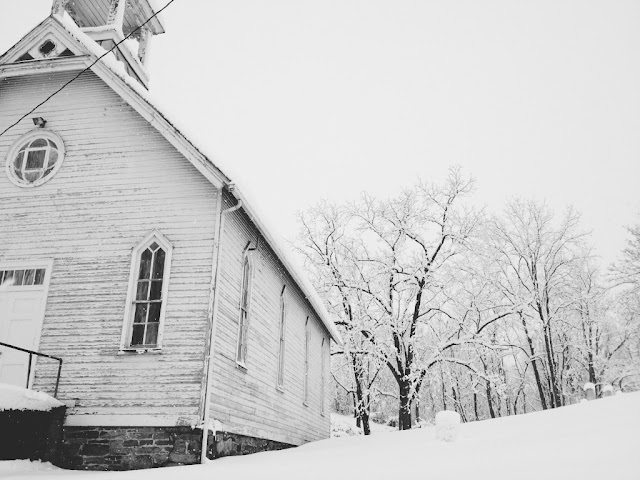 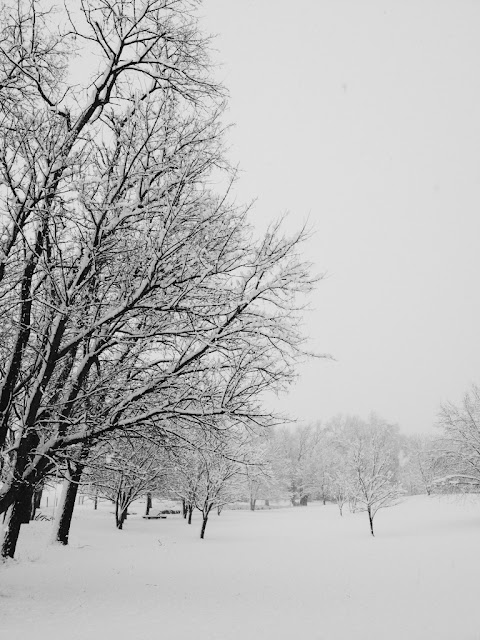 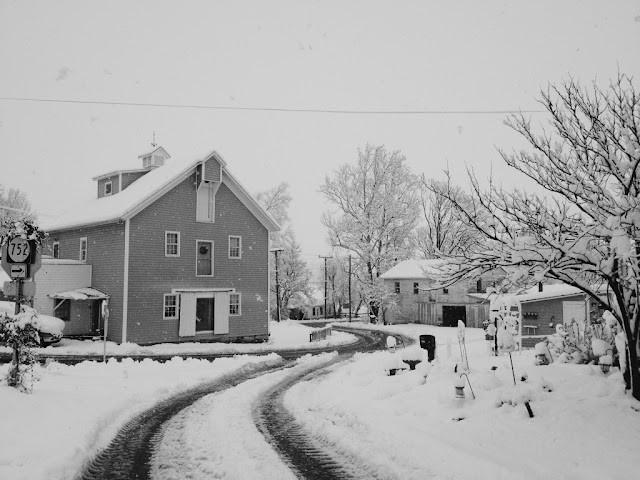 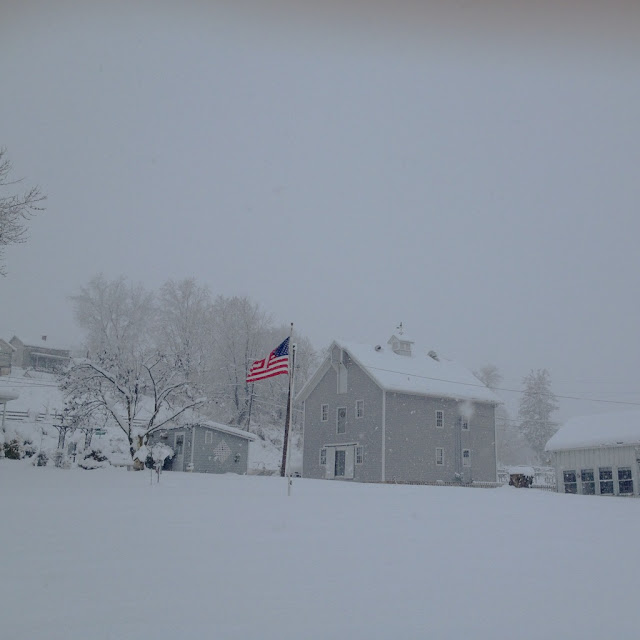 Yesterday I woke early just to watch the snow pile up outside and listen to the silence that only happens when the world around us is covered in white.
Patrick had been up already and out to check his cows. Apparently i was still too busy staring out the window so he started the coffee when he came in and served it to me. I was a queen in my blanket on the couch.
By mid morning the neighboring farmers were plowing the roads and people began to stir outside. I took a walk around the neighborhood and came back in soaked, ready for another round of coffee. Patrick came back after feeding more cows and Blaine stopped by so i threw together a quick batch of scones and enjoyed their conversations about all that was going on in the world of a farmer.

These scones are simple, basic and really versatile. Essentially a sweet version of a drop biscuit. For the times when you don't want to spend much time in the kitchen you can do these quickly by just adding slightly less cream (or milk will do as well) and dropping them from a tablespoon instead of rolling and cutting them out.
Boysenberries are great but any berries you have on hand will do just as well.


Boysenberry Drop Scones
2 cups flour
1/4 cup sugar
1 T. baking powder
1/2 tsp. salt
Combine and cut in
6 T. cold butter, cut in 1/4 in cubes
until the mixture is course. Stir in
1/4 cup white chocolate chips
1/2 cup frozen Boysenberries, roughly chopped (to incorporate better into dough)
coat with flour mixture then add
1/2 cup to 3/4 cup heavy cream,
a quarter cup at a time just until mixture comes together and forms a ball.
Line a baking sheet with parchment paper and drop scones by tablespoon.
Sprinkle the tops with sugar and bake at 400, 12-15 min.

Serve with a cup of coffee or tea and good conversation.
Labels: in the Kitchen Winter 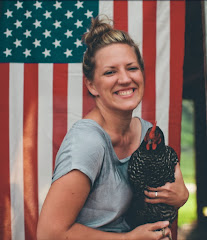 Present day Mrs. Brown, aka Farmers Wife, finding joy and meaning in preserving traditions of the past, while making them authentic and new again.